I have taught at the Department of Scenography of the Hungarian University of Fine Arts since 2004. I got my DLA degree during that time. Process of my habilitation finished  in 2012. Now I teach stage design and stage technic as a senior lecturer and I have been the Director of International Affairs of the University since 2013.

2017: I have won a grant from the Intelligent Specialisation Project, which is to finance a two year project in close collaboration with Ildikó Enyedi and Tibor Máthé, the artists and their students of the University of Theatre and Film, Budapest. The title is: Cooperation and Compromise during the Creative Process.

The aim of the early exercises is to take possession of basic skills of design, including research, collection, systematization, composition, proposals and technical drawings.
The next step is one of the most popular courses:
The Collector’s room.

Each students imagine a Collector with different collection passion. The exercise is to build the character of the Collector, design the room/flat/space where she/he lives and which shows in detail the Collector’s passion and her/his life.
At the end of the semester a fully detailed model has to be made about the living space of the imagined personality and passion.
The aim of this exercise is to stir the imagination, research and realize the connection between the characters and their territory. It is also really important to improve the skill and culture of model-making ability. 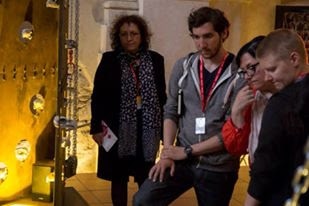 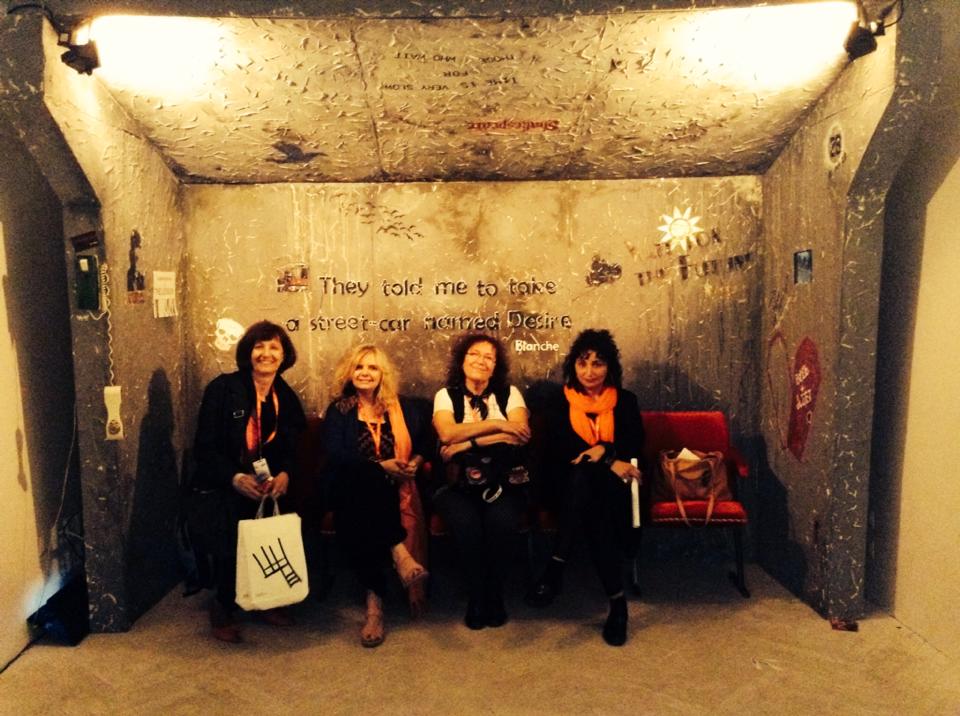 2015 Almati
Conference lecture on the occasion of 100th jubilee of Kazakh theatre;
workshop on site specific adaptation of Julius Ceasar for students of the National Academy of the Arts 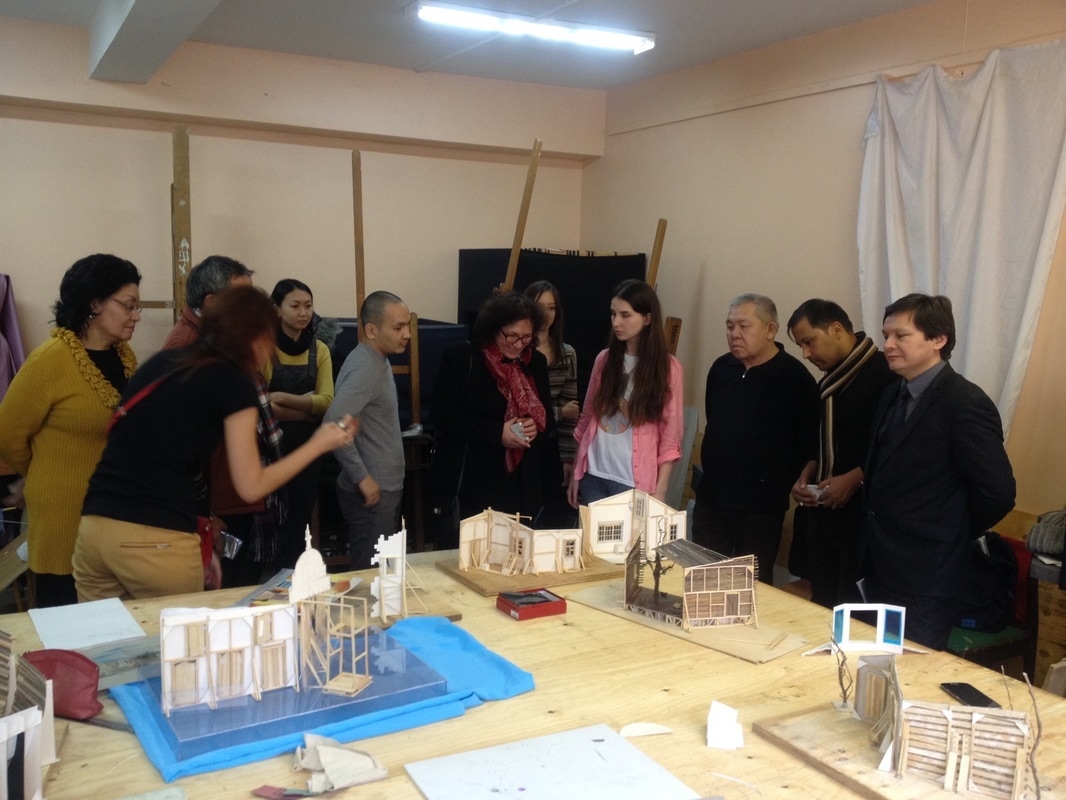 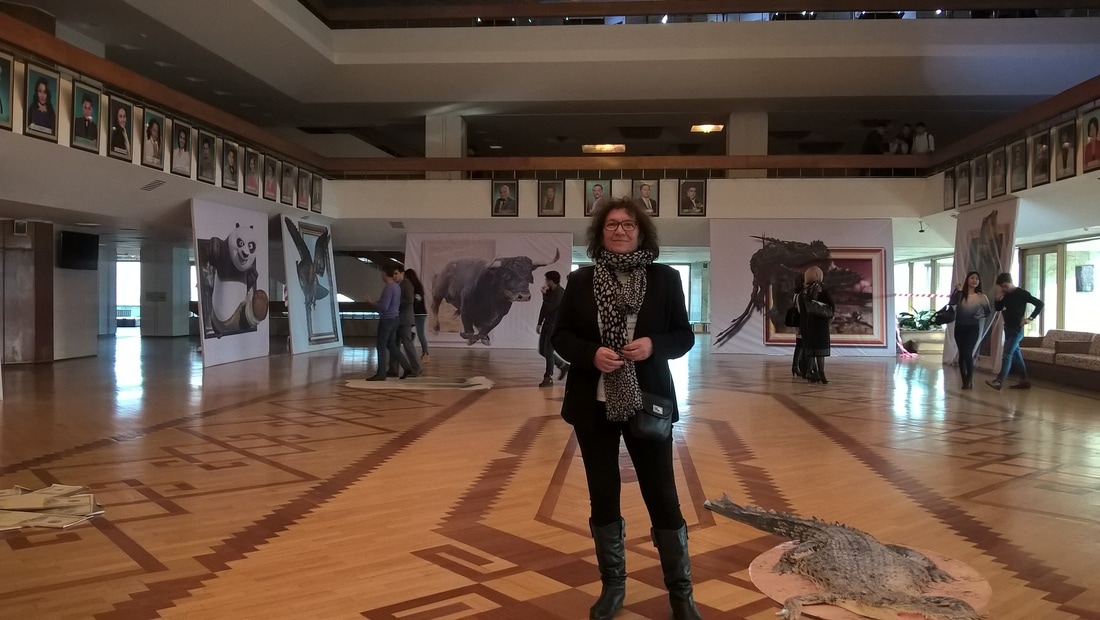 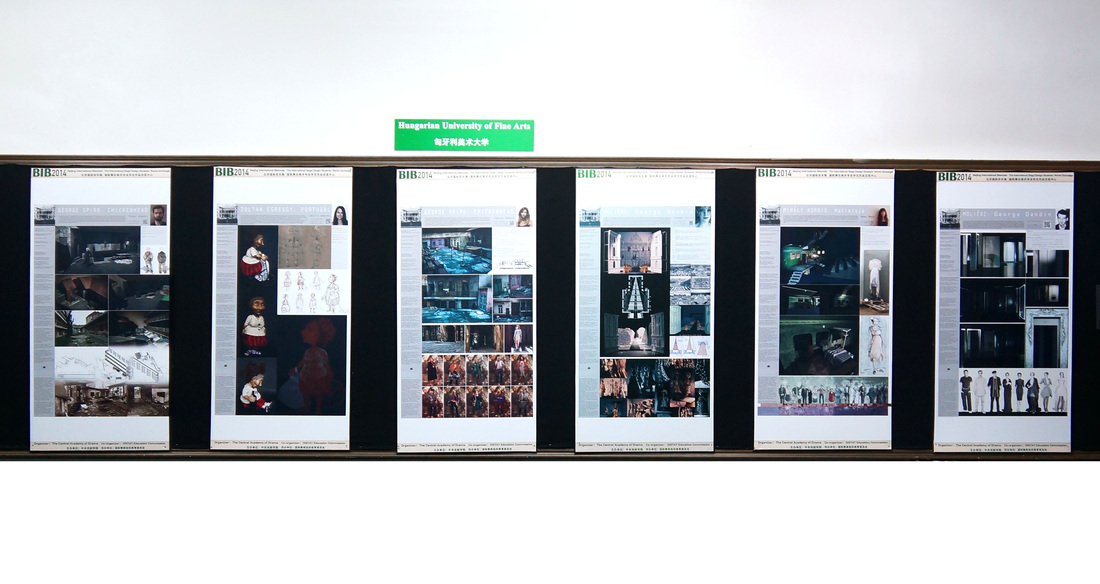 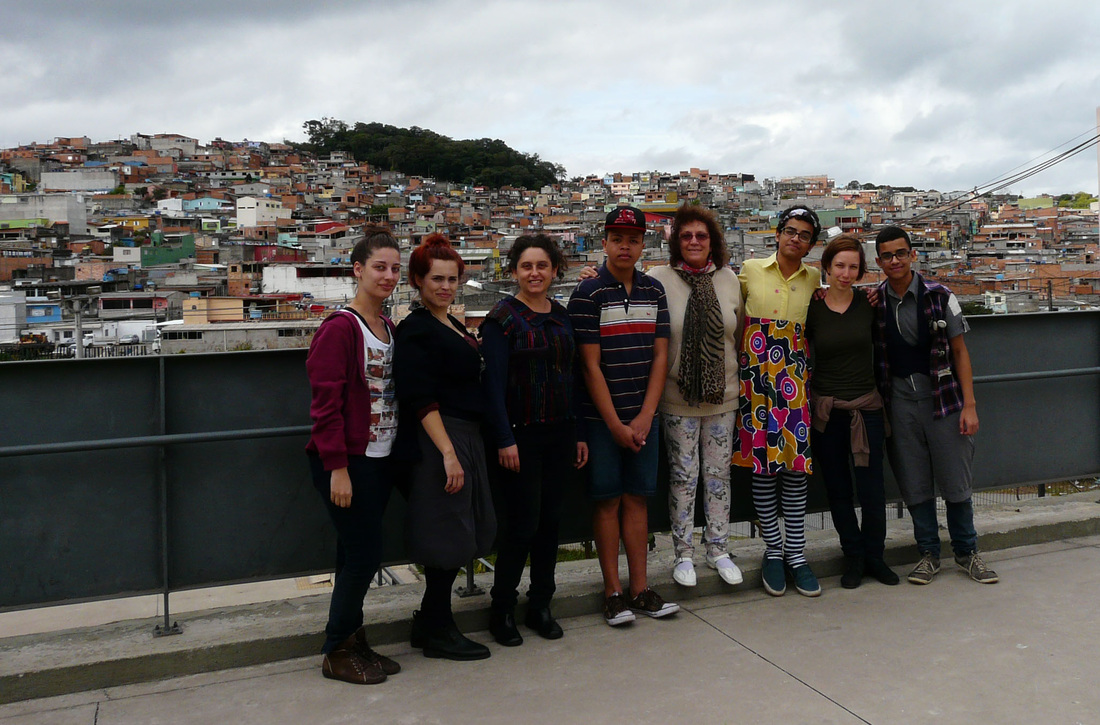 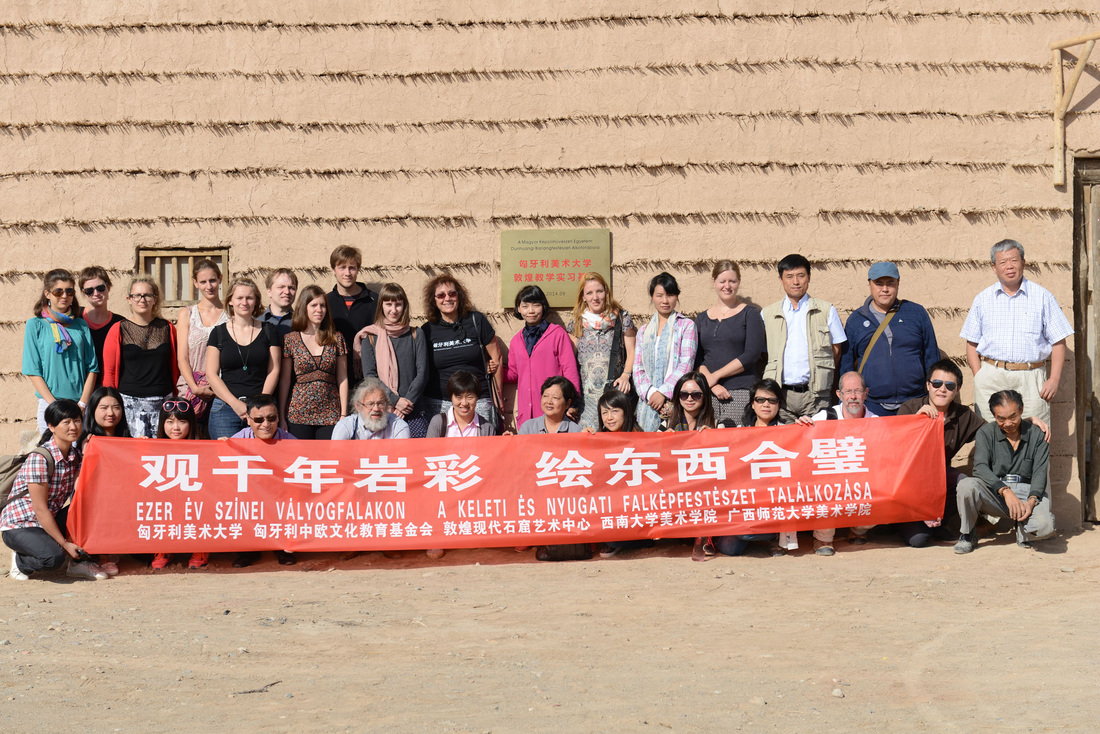 During the symposium members of both commissions, presented their research. Presentations included Dr. Dorita Hannah's keynote "Critical Costume: Operating Between Local Encounters, Global Events and Our Daily Lives," Fausto Viana's presentation on local festival costumes in Brazil, Dr. Joslin McKinney's paper "Cultural Encounter and the Body of the Spectator," Henk van der Geest's presentation on cultural approaches to lighting practice, Ya Li's research titled "Earring Study in Yuan Dynasty of Ancient China," and Piroska.E.Kiss' presentation on a recent scenographic encounter during a production of Waiting for Godot in Haiti. During four days, 20 research presentations and workshops were shared.

2012 Beijing
Educational Comission of OISTAT (International Organisation of Scenographers, Theater Architects and Technicians) organised the 2nd ISDSWE (International Stage Design Students’ Works Exchange) which contained an exhibition of students' work, a workshop and presentations.
Juli Balázs at the workshop at the Central Academy of Drama in Beijing 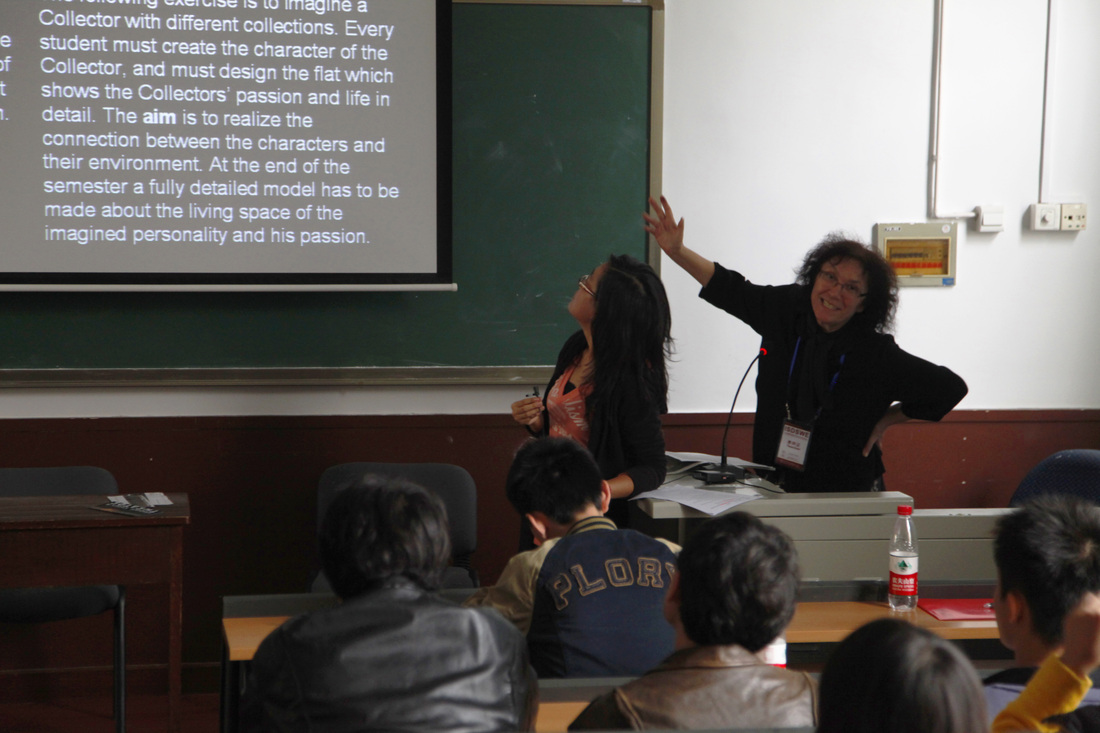 My presentation at the Central Academy of Drama 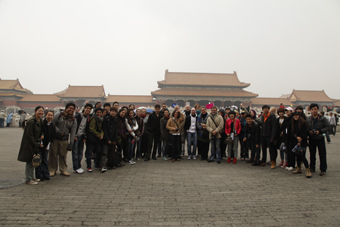 The international group in the Forbidden City 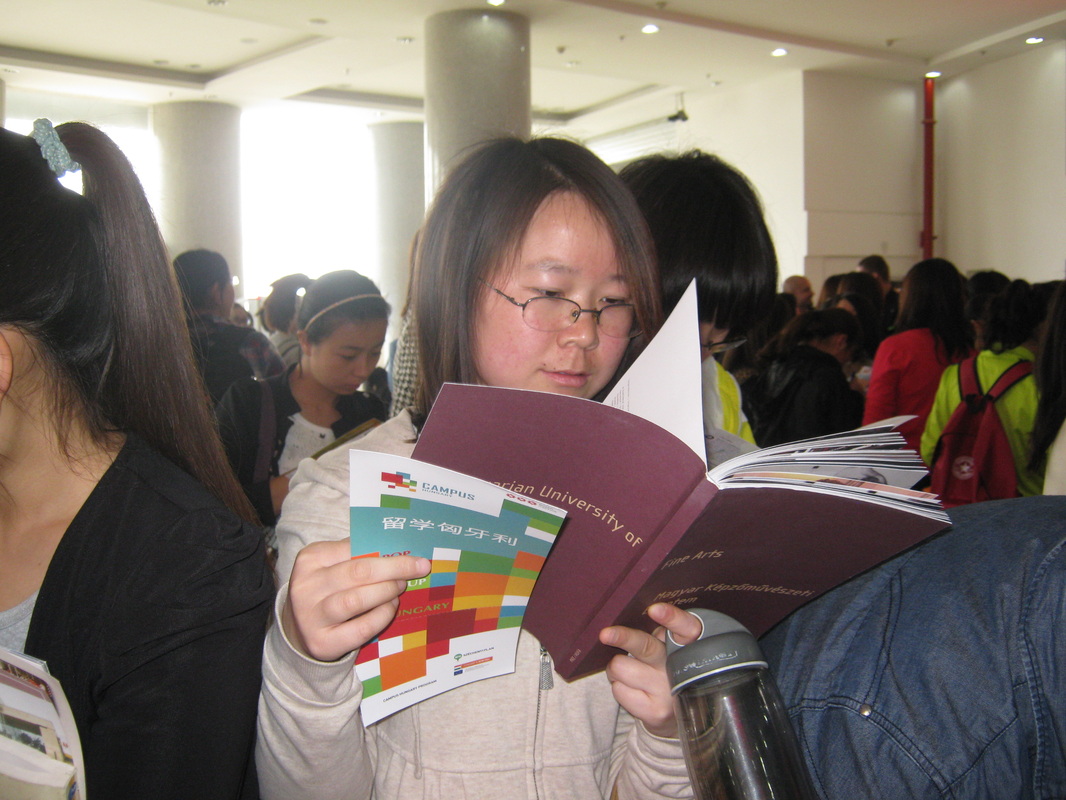 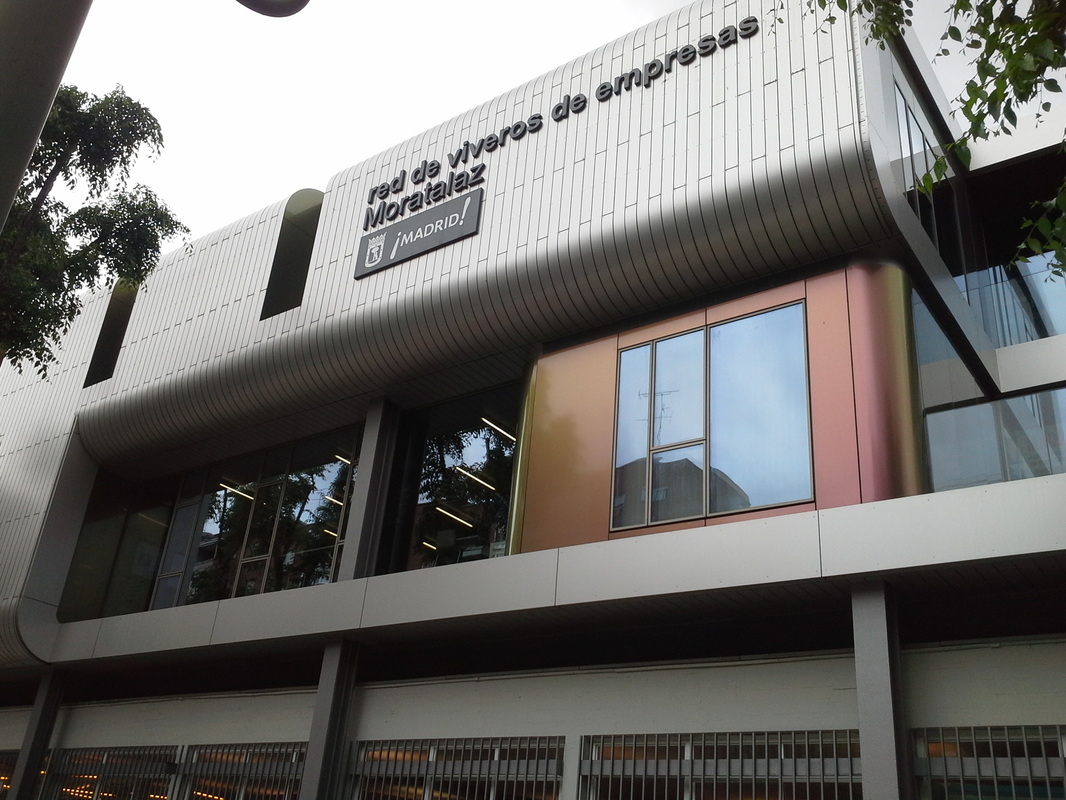 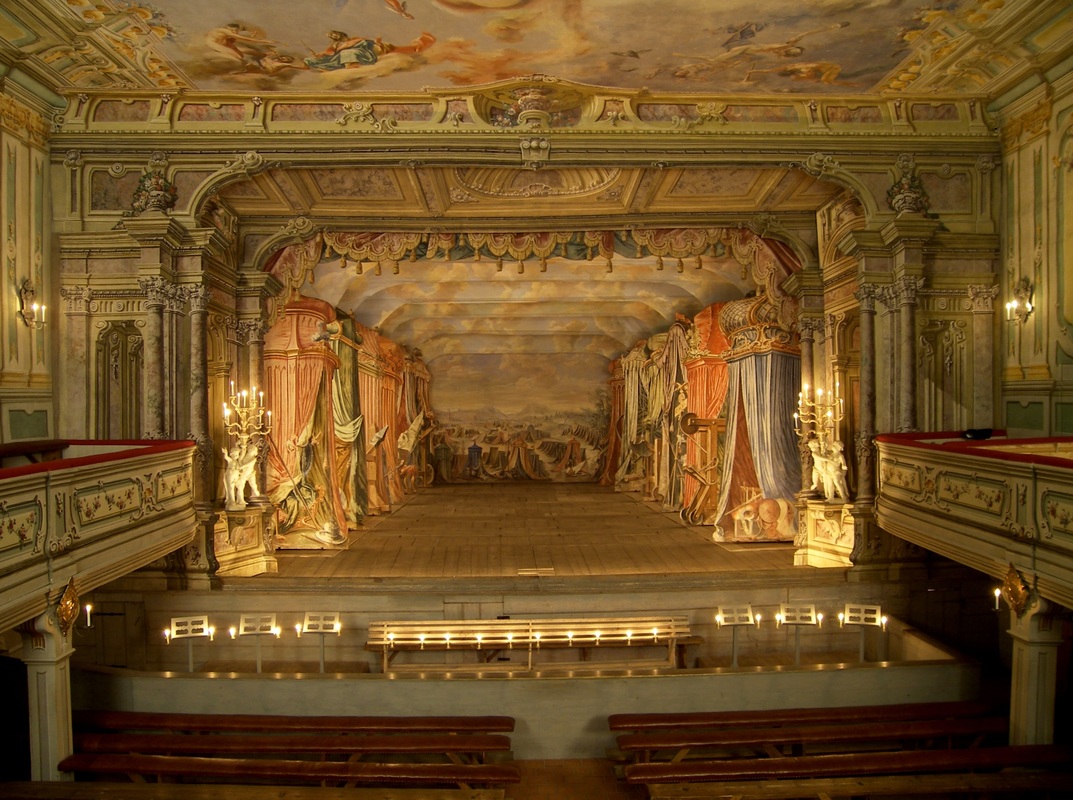 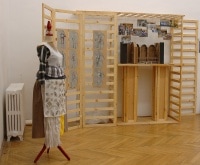 I supervised degrees of two MA students who could choose a play and stage freely. 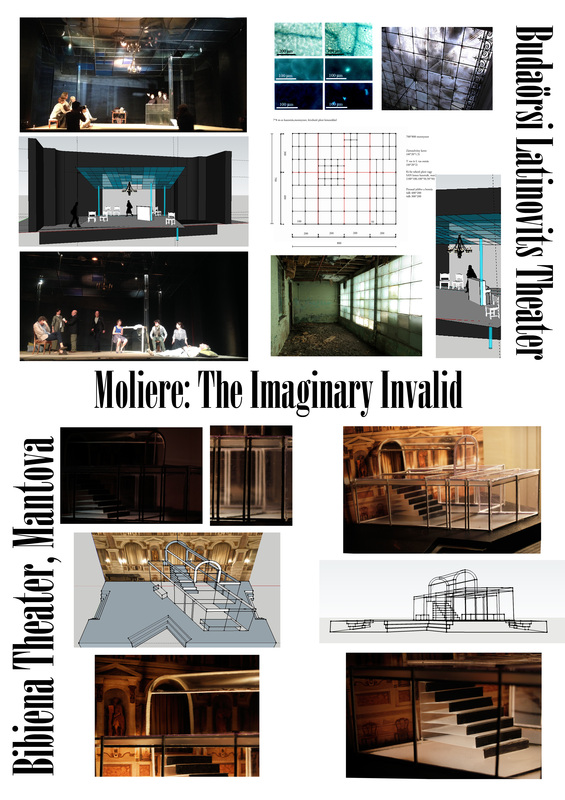 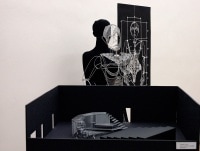 I supervised degrees of two BA students.
BA student's job was to design scenery for play György Spiró titled Chickenhead to the stage of Bárka Theatre. 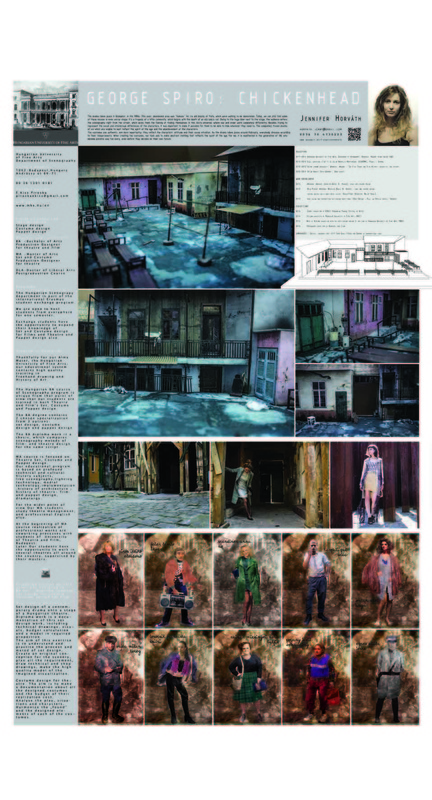 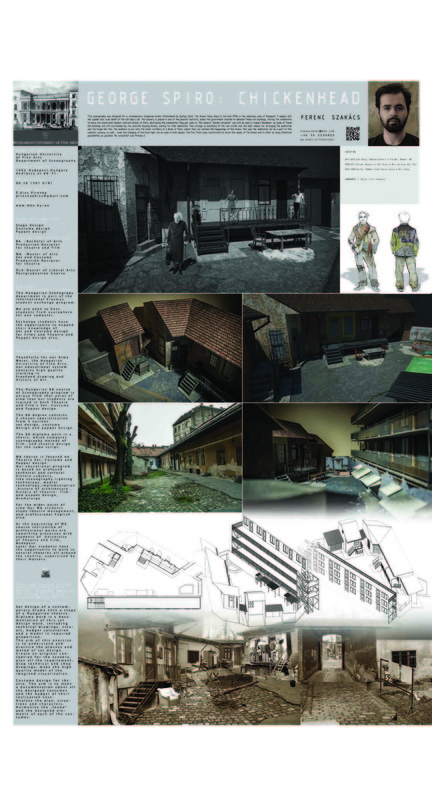 I supervised degrees of two BA students.
BA student's job was to design scenery for play Lajos Parti-Nagy titled Ibusar to the stage of Pesti Theatre. 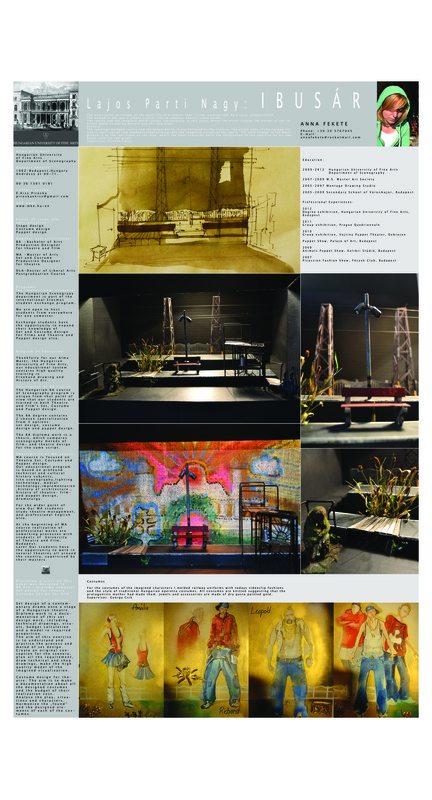 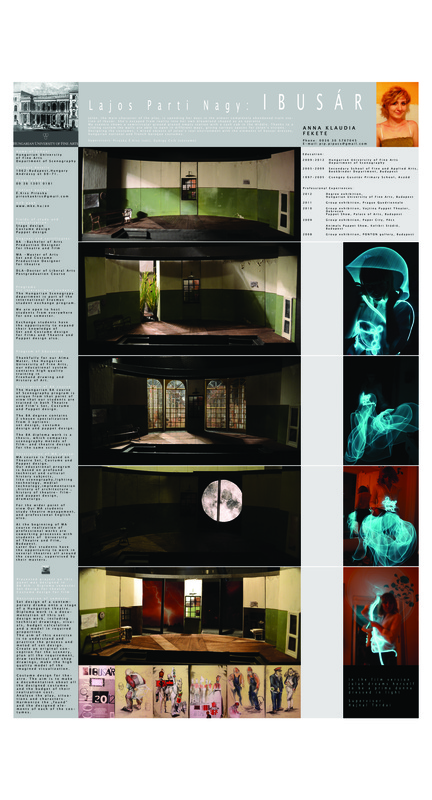 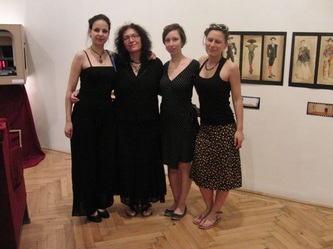 I supervised degrees of four BA and three MA students.
BA student's job was to design senery for play by János Hay titled Sunday Brunch to the stage of Újszínház.
MA graduates could choose a play and a stage freely. I helped the preparation of stage designs for plays by Moliere, Bulgakov and Lorca. 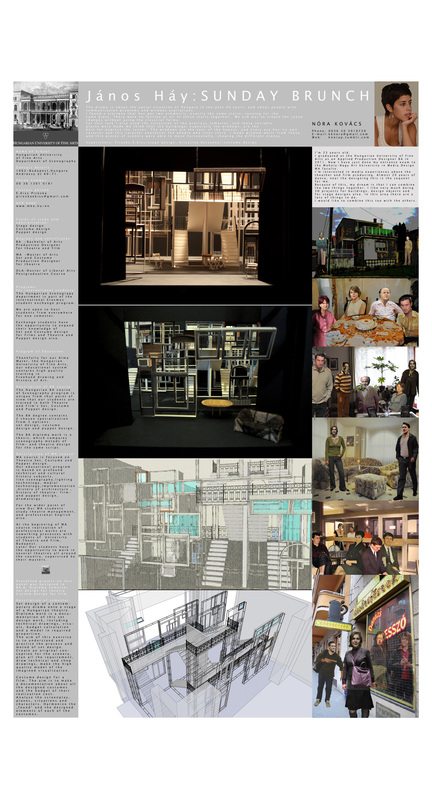 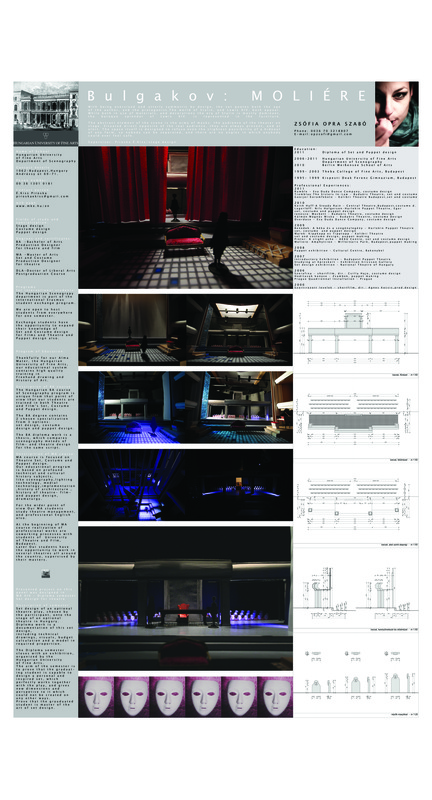 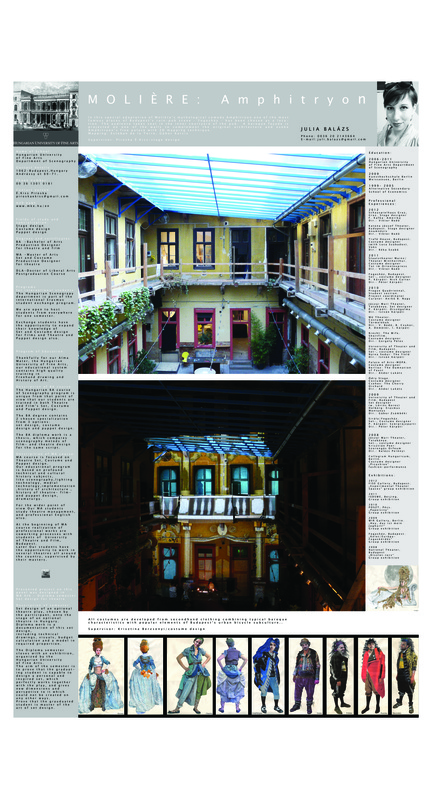 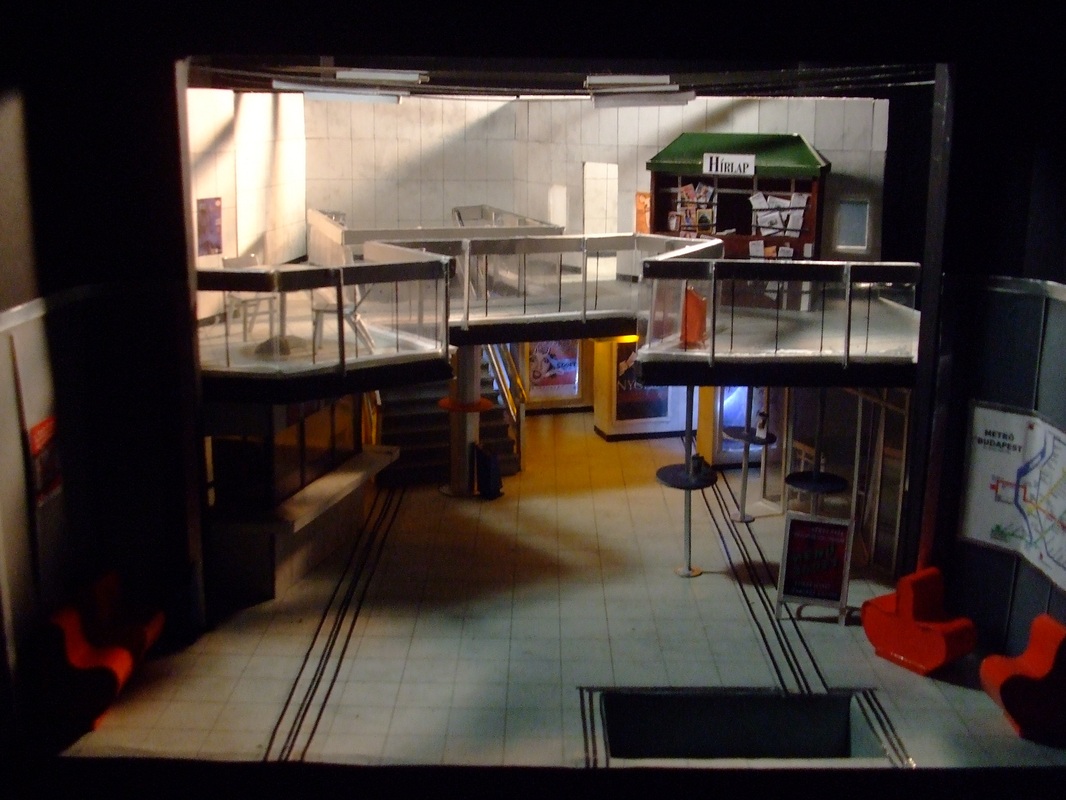 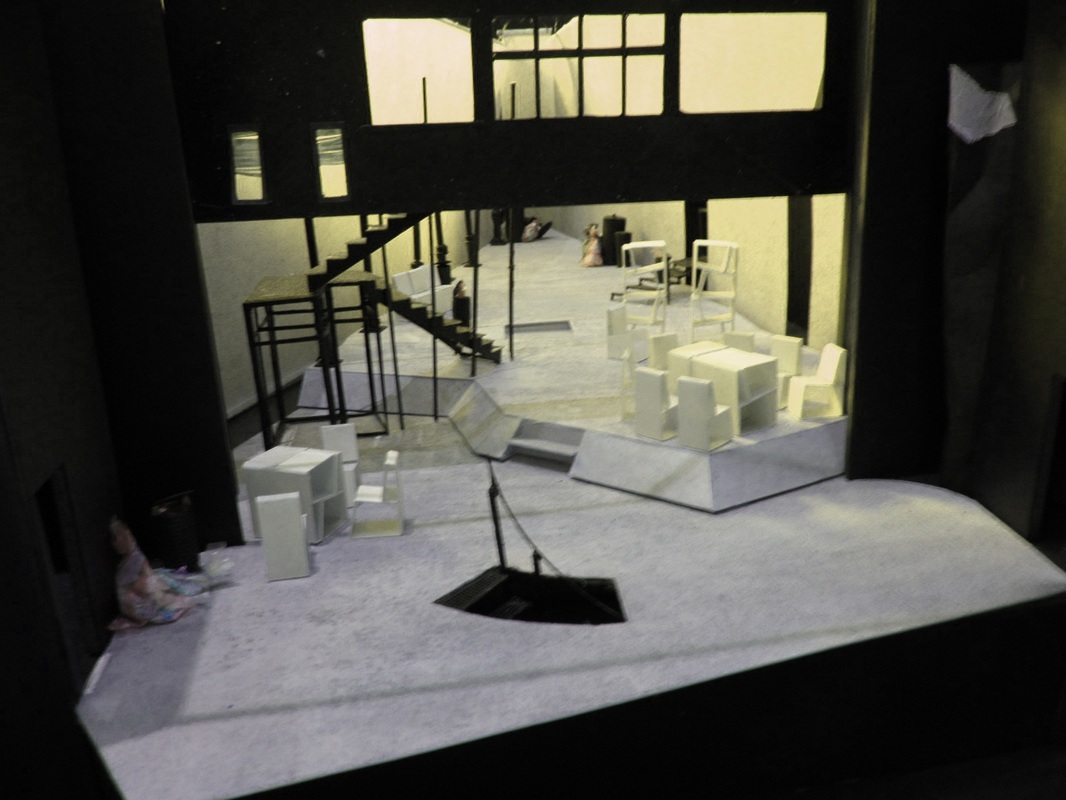 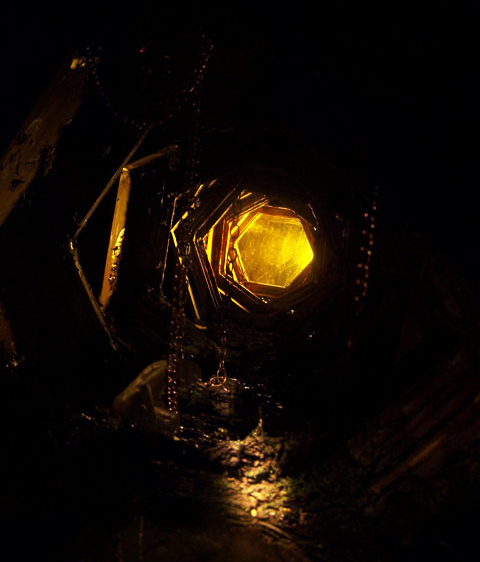